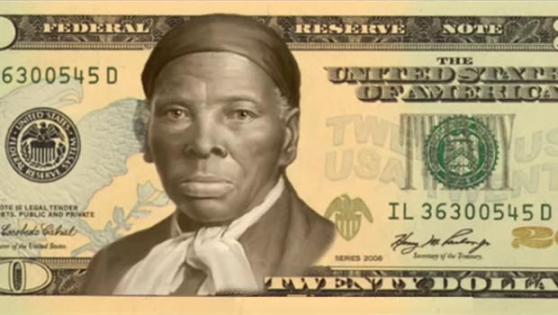 “My name is Harriet Tubman and I didn’t approve of this. Where’s my cut?”

I had to break from the posts I had scheduled because I have something that’s burning that I need to take of my mental oven before I let it BURN!

This message is specifically for you, black women! YOU ARE UNDER ATTACK AS WE SPEAK!

First off, I don’t believe in coincidences.

Everything that is released and/or displayed to the general public by the media is planned and coordinated.

There is no so such thing as CHANCE with the powers that be.

I bring to your attention the subject of Harriet Tubman gracing her presence on the American $20 bill, and the well-timed release of Beyonce’s latest album Lemonade.

Let’s start off with the Miss Harriet Tubman…

If you’re not familiar with Harriet Tubman (I’m pretty sure you are), she is one of the major pioneers of the Underground Railroad, a system of secret routes and passages for freeing slaves back in the early to mid 1800s. Anyone who knows anything about slavery and the United States understands the two go hand and hand. The United States used free labor (BLACK SLAVERY!) to build the economic foundation of this country.

This is what you call raw, unregulated capitalism!

America is ruled by the almighty *dollar, which is the symbol of American capitalism.

Which pretty much contradicts everything Harriet Tubman stood for.

But let’s assume that by placing Harriet Tubman of the $20 dollar bill it means that times are changing and true racial progress is developing. Does racial progress mean economic progress for black-melanated people?

Will we rise from the doldrums of the economic latter and prosper like our Caucasian-brethren?

Will “Black Lives Matter” FINALLY? Or are we being pacified by Massa?

Hope it has some seeds in that lemon…

Miss Knowles (or Mrs. Carter to those who respect their marriages) released her album secretly and unannounced to the public this past Saturday night.

I listened to about a quarter of the album and talked with others who listened to the album in its entirety (looking at you, wifey and bro-ham!) and got the sense that it was a bash ’em, emasculate-your-husband-to-the-world extravaganza, minus a song or two concerning our young black men being shot down by the police.

I understand the woman may be hurt that her husband Jay-Z cheated on her, AND I  understand she needed a way to vent. But did she have to broadcast ALL OF HER EMOTIONAL BAGGAGE TO THE ENTIRE WORLD? Emboldening every woman (BLACK WOMAN) to emasculate (or flat-out embarrass them) their man as well, just because he slipped up with a “side ho?”

(*I’m not going to get into the COMICAL semantics of  modern-day monogamy because that’s a post all by itself, but I digress.)

REALLY? Like we BLACK MEN don’t get enough of that (I told on myself didn’t I?) Images like this only WIDEN the divide between BLACK MEN and BLACK WOMEN.

Have you had ENOUGH OF THAT?

Their every move is calculated; it goes well beyond just dollars and cents they make off us common folk.

So what do Harriet Tubman and Beyonce have to do with all of this?

Well, there’s a certain Clinton running for the Democratic Presidential ticket. And it’s not Bill again.

Hillary Clinton needs all the help she can get to win the ticket and the Presidential election. What better way to build the self-esteem of BLACK WOMEN (potential voters) than to place a sacred pioneer like Harriet Tubman on the $20 dollar to make it seem like BLACK WOMEN have a voice in this country?

And while you’re at it, let’s devalue men (BLACK MEN) even more than they already are due to unemployment and the likes by further emasculating them?

It’s all a ploy. The timing is impeccable. During the Primaries?

Do you seriously think Trump is getting in that office?

Don’t get gamed into it BLACK WOMEN.

These are the same people (Caucasians) who called you nappy-headed heathens and imposed a European standard of beauty so you can FIT into their system.

You TRY to imitate THEIR STYLE!

These are the same people who raped your ancestral mothers and sisters and diluted your gene pool in the process.

…All because you can REPRODUCE BLACKNESS (MELANIN!!!)

*And they know that IF and WHEN you all collectively become CONSCIOUS, their rule will END.

But your minds are on things that have NO LIFE OR LIGHT within them. And I’m not just talking about eating either.

*You’re trying to fit into a lifestyle that does not suit your natural gifts and talents.

You’re blessed straight from the WOMB.

From your hair, lips, and thighs. To your intuitiveness, spirituality, and UNMATCHED unconditional love.

BLACK MEN ARE YOUR ALLIES, NOT YOUR ENEMIES!!

And we love you for who and what you are and can become!

Remember that BLACK WOMEN! Don’t fall for the Okie Doke !

Peace and Love to my melanated MOTHERS AND SISTERS,

6 thoughts on “Black Women, Don’t Fall for the Okie Doke!!”