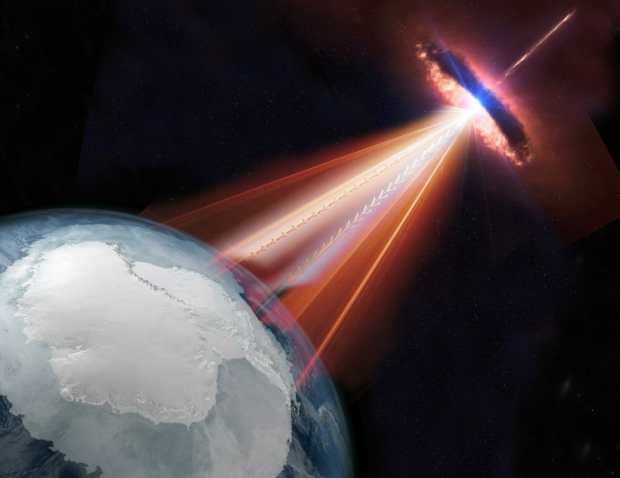 From The Melanin Man:

Science is not a popular talking point among the masses unless it benefits them on a material (aka financial) level. But science, despite the deficient manner it was taught to us in school, is important and gives a better understanding of what is really going. You have to be willing to think outside of your comfort zone.

Most people (and that may be a bit generous) have a general understanding of what a black hole is. Basically, it sucks and devours anything and everything that comes near it, the point of no return (aka  the event horizon.)  Come to find out, blackholes have a tendency to “belch”, or emit blazars. According to Wikipedia, a blazar is an “active galactic nucleus with relativistic jet (a jet composed of ionized matter traveling at nearly the speed of light) directed very towards an observer.”

In layman’s terms, is it’s a beam of energy that shoots from a black hole. Ionized matter is another term for plasma, and mentioned something about plasma in the last post.  Low and behold I encountered this article on the web:

Excerpt: Astronomers have discovered the existence of a supermassive black hole that looks to be the oldest and most distant of its kind we’ve ever encountered – and it just happens to be aiming its bright particle beam directly at Earth.

Funny how all of this is taking place during the coronavirus madness.

You think  they are observing the stars for the hell of it? Ain’t nobody traveling to no goddamn galaxy that’s 400 billion light years away. The technology will never exist for that to happen.  They’re studying the stars to keep an eye on the MELANATED CHAOS BEINGS on Earth. Point blank! We are ancient cosmic beings. Whatever happens out there, happens within us, We encompass the ENTIRE UNIVERSE! As above, so below.

Maybe the beam is an opportunity for those of us who are asleep to rise from their slumber. Who knows?

I do know one thing. I don’t believe in coincidences.

5 thoughts on “Food for Thought: The Most Ancient of Things is shooting a beam straight at us!!!”