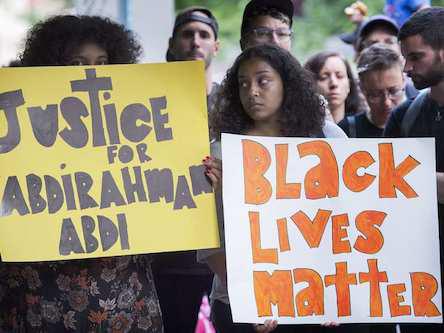 And Canada was a place for refuge for us when nearly 180  years ago…smh.

This article previously appeared in the Montreal Gazette.

After holding consultations in Quebec, Nova Scotia and Ontario last month, the United Nations Working Group on People of African Descent issued a statement that sheds light on realities, too-often invisible to most Canadians, that should be seen as a national shame.

The group’s preliminary findings confirm what is already well known in Canada’s black communities: that systemic discrimination has subjected black people to racial profiling by law enforcement, soaring incarceration rates, disproportionate poverty and poor health, the over-apprehension of black children by child welfare agencies and lower graduation rates. Black women, they note, face a rate of poverty that is almost five times higher than that of white Canadian women, and are one of the fastest-growing groups in federal prisons.

Underlying these injustices, the UN Working Group has made clear, is systemic racism.

The UN is right to be concerned, and Montreal is by no means exempt from this criticism: Both its historical and contemporary realities are defined by a systemic anti-blackness that goes too frequently un-named. The enslavement of black (and indigenous) persons was not an uncommon practice in New France, and indeed was legal until 1834. The fact of slavery remains all around us: acclaimed art historian Charmaine Nelson reminds us that many present-day Montreal streets, buildings and institutions are named after white businessmen like James McGill and John Redpath who traded in plantation crops worked by slave labor.

Enslavement may be over, but centuries later black Montrealers — the largest visible minority in the city — continue to experience dehumanizing treatment across institutions. A 2010 study by sociologists Léonel Bernard and Christopher McAll found that it was over-surveillance, and not the rates of so-called “black crime,” that accounted for up to 60 per cent of the over-incarceration of black youth in Montreal.

“The enslavement of black (and indigenous) persons was not an uncommon practice in New France, and indeed was legal until 1834.”

A report commissioned by the Montreal police, leaked to La Presse, found that in St-Michel and Montréal-Nord, up to 40 per cent of black youth were stopped in 2006-2007, a rate that indicates a high degree of racial profiling by police officers.  Much of this heightened policing was justified to the public as curbing “gang activities,” when in reality, in 2009, only 1.6 per cent of crimes were gang related. High profile cases of police abuse of black Montrealers and alleged abuse continue to surface, including the recent case of Veckqueth Stevenson, a legally blind black man in his 50s, who has accused the police of using excessive force and unjustly arresting him, ironically, while he was at Nelson Mandela Park.

Black women and girls are not exempt, though we hear even less about their experiences locally; the case of Majiza Philip, a black woman who says she had her arm broken by police in 2014, is one example, however. A 2008 study found that black girls in Montreal are three times more likely than white girls the same age to have been arrested two times or more.

Beyond the criminal justice system, numerous studies have demonstrated that black children are apprehended from their homes by child welfare at alarming rates in Montreal, and this, too, can be attributed to racism.

The UN Working group is not the first to point out these injustices, nor are they the only ones proposing solutions. Black Lives Matter-Toronto and other black activist groups in Toronto, Kingston, Ottawa, Vancouver and Montreal have been steadily mobilizing to address anti-black racism. Across cities, black communities have denounced, among other issues, the recent deaths of Abdirahman Abdi in Ottawa, and Bony Jean-Pierre in Montreal, both at the hands of police in 2016.

If Canada intends to genuinely reckon with its still-living legacy of black enslavement, the injustices brought to light by the UN — alongside those highlighted by black activists around the country — need to be both addressed and redressed.

Robyn Maynard is an activist and writer living in Montreal, author of the forthcoming book Policing Black Bodies (2017).

2 thoughts on “a repost: Realities Faced by Black Canadians are a National Shame”