Recently, I watched a movie called The Belko Experiment. The main characters were employees of Belko Industries, which was located in the middle of rural Colombia (in the middle of nowhere.) Long story short, they were  trapped in the office building against their will by an unknown entity, who pitted them in a death match against each other . If the trapped employees chose not to engage in the sadistic game, they would die by an exploding microchip that was inserted in their brain when they first started working with the company.   To see the savagery emerge from those people to save their own ass was pretty mind-blowing. It was a pretty gruesome movie to say to the least.

That’s the power of the microchip, I guess (smh.) Ignorance is bliss.

If you haven’t seen the movie The Ghost in the Shell, it touches on the same topic as well… 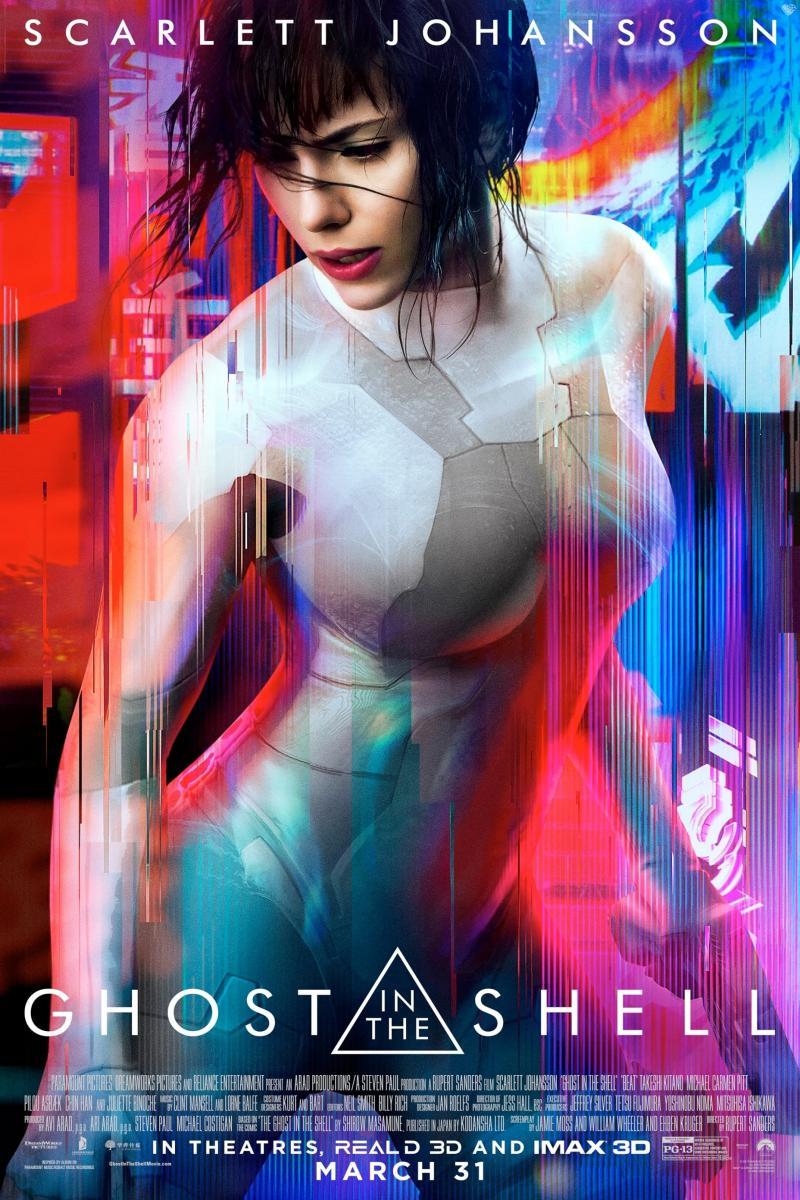 Giving your power away, when it comes your body (your temple!) for the sake of convenience through technology may not be the smartest move, fam!

But we’ve been moving in this direction for awhile when it comes to pacemakers and devices like them.  Maybe it’s inevitable (smh.)

Check out these movies from your local Redbox and OBSERVE them. Don’t get caught up in the action and the stupid storyline. Hopefully it’ll make you second guess placing technological convenience over common sense.

If not, this is where the general population of this world is inevitably headed (read article below.)

Corporations and Government Engineering a World Where Everyone Will be Microchipped

Technology is moving incredibly fast. Although certain advances are doing the world a lot of good, over time, new tools inevitably grant new opportunities for the powerful to garner more control and influence over the people. One of the most insidious means of mass control has not yet been fully implemented, but is being pushed at an ever-increasing rate: human microchipping.

Many people like to pass off the issue of microchipping as a “conspiracy theory,” or something of the like. However, microchipping of humans is already underway as people discover that slavery can be incredibly convenient. Take for example Tim Shank, who allowed a microchip to be surgically implanted between his thumb and forefinger. As a software engineer, he believes that having technology imbedded into his body will be more convenient for him. A piercing and tattoo shop called Skin Art Gallery also performs the procedure, and companies online are beginning to sell kits for microchipping.

“This is an NFC chip, so it’s similar to what phones have nowadays.” – Tim Shank

Businesses have also begun microchipping their employees. Three Market Square, a Wisconsin-based company which sells microchips as well as vending machines that work with them, came under fire recently for taking technology to an uncomfortably invasive level. Their vision is for the entire population to become microchipped so they will never have to use credit cards or cash again.

“Eventually, this technology will become standardized allowing you to use this as your passport, public transit, all purchasing opportunities, etc.” – Todd Westby, Three Square Market CEO

In 2015 BBC reported that a Swedish company called Epicenter Stockholm started offering microchips to employees as well. This company reportedly used RDIF chips as opposed to NFC, which are much more easily tracked and hackable.

“We want to be able to understand this technology before big corporates and big government come to us and say everyone should get chipped – the tax authority chip, the Google or Facebook chip.” – Hannes Sjoblad, Chief Disruption Officer at Epicenter Stockholm and Self-proclaimed “Human Augmentation Activist”

Implanted Microchips Will Inevitably Result in the Elimination of Cash

The inevitable result of transferring all transactions to electronic means is of course the abolition of cash. Without cash, not only are there no longer anonymous purchases, but consequently anyone from the manufacturer of your chip to the bank you use could at any time strip away your ability to make purchases. This is incredibly dangerous because it demands a certain level of conformity and obedience in order to stay alive in the modern world.

In July 2017, Visa announced a new initiative called “The Visa Cashless Challenge” which would be used to give up to $500,000 to 50 restaurants that go ‘100% cashless’. Of course, when more people use digital forms of payment, Visa makes more money. If cash was entirely eliminated then Visa and the other credit card companies would rake in much larger profits. One economist wrote in a column for the London Telegraph that banning cash would allow more government control over the economy and grow their ability to monitor the populace, which he claims to be a good thing.

“Once all money exists only in bank accounts – monitored, or even directly controlled by the government – the authorities will be able to encourage us to spend more when the economy slows, or spend less when it is overheating. – Jim Leaviss, Former Bank of England Economist

Back in 2015 JP Morgan Chase began eliminating the storage of cash in its safety deposit boxes. This news came directly after Citigroup economist Willem Buiter advocated for the elimination of cash altogether.

“It is precisely the existence of paper currency that makes it difficult for central banks to take policy interest rates much below a zero, a limitation that seems to have become increasingly relevant during this century.” – Willem Buiter, Chief Economist at Citigroup

Music festivals have also bought into the idea of cashless society as many around the world, such as Austin City Limits, Lollapalooza, and Firefly, are now requiring wristbands, made by a company called Intellitix, linked to an individual’s payment information for purchases of T-Shirts and albums.

“Organizers can even drive more sales by introducing time-sensitive promotions to targeted customer segments on the fly during the festival or post-event. Customer data can also be used to improve future event content to boost sales even further.” Eric Janssen, chief revenue officer of Intellitix

The Next Step: Microchips in Your Brain

It might sound farfetched now, but the Pentagon’s technological development arm known as DARPA is already working on microchips which are designed to be imbedded in the brain. In 2016, DARPA spent $62 million on developing these chips, which are roughly one cubic centimeter in size and have massive implications for the degradation of human freedom and free thought.

In 2015, engineers at Texas A&M University developed a chip, which embedded into the brains of cockroaches allows them to control movement of the specimen. Called “backpacks”, these devices weigh less than three grams and contain all the necessary wiring to remote control an insect.

“[The] cockroach walks naturally, and we simulate barriers by sending pulses to its antenna. They use their antenna as touch sensors, so stimulation on one side directs these insects towards the opposite direction.”

“There’s what I call the creepy line and the Google policy with a lot of these things is to get right up to the creepy line, but not cross it. I would argue that implanting things in your brain is beyond the creepy line…at least for the moment until the technology gets better.” – Eric Schmidt, Former Google CEO

, a company whose goal it is to create devices which can be implanted in the human brain, effectively cutting off humanity from discovering our true potential, and finding the answers to life’s biggest questions, by trapping us in a technological sub-world with clearly defined limitations coded into existence by people we have not and will never meet.

“Over time I think we will probably see a closer merger of biological intelligence and digital intelligence…what hasn’t been done [yet] is the reading and writing of neural code.” – Elon Musk

Will You Accept or Reject Being Tagged with a Microchip?

Microchipping is akin to a cow being tagged – a system of virtually unremovable identification which allows its owners to keep track of personal information such as health, vaccination schedules, eating habits, etc. In humans, this comes in the form of purchases, internet browsing history, social media activity and more.

The scary part in all of this is that a significant number of people, although there are many who oppose it, seem to be unaware of the near and present dangers associated with microchips. In 2015, a survey found that one in four Australians would accept a chip implanted under their skin if it meant more convenience for them when making purchases. In 2016, NBC produced a propaganda piece saying that your children must be microchipped “sooner rather than later” in order to keep them safe from predators.

“When barcodes first came out in the late 1960s, people were appalled. They were wary of them and did not understand the concept. Today, it is so commonplace, we don’t even notice it. A microchip would work much in the same way.”

Fortunately, more people are becoming aware of this and are prepared to reject microchipping when it starts to become mandatory or large numbers of people begin receiving implants. Will you reject this modern method of slavery or accept a tag for convenience? The choice is yours.

3 thoughts on “Do you REALLY want to be WIRED TO THE SYSTEM??”