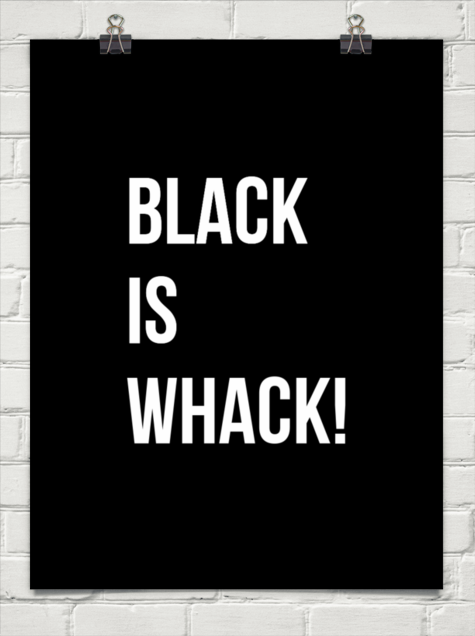 This post has been a couple of weeks in the making; I’ve had to digest the totality of my recent experience so I could fully understand and overstand my feelings on the topic and properly convey them.

Here’s the backstory to that recent culminating experience,  if you have not read What Sparked My Transformation (Part 1):

Since graduating from a prestigious non-HBCU Alabama college nearly seven years ago with a civil engineering degree, I have been working as a consultant for an upstart Black-owned (I’m breaking from my norm to keep it simple to today) civil engineering consulting firm in the metro-Atlanta, Ga area. I was a full-time worker for the first two and half years after school, primarily working in the office and field, mostly from 8 a.m.-5:30 pm five days a week, weekends occasionally. I  worked and  mentored by the owner/principal engineer himself,who is also Black. After that time, work began to slow down and I was essentially pushed back to part-time status. Fortunately, I had the opportunity to continue working from home by mainly writing proposals for potential projects and assisting and conducting design duties on projects when the firm acquired them. The arrangement became even more beneficial especially when my two daughters were born and my wife was (is!) in the midst of graduating medical school and finishing the subsequent residency program. All the while by staying employed by the firm, I was meeting the employment requirements for sitting for the  P.E. (Professional Engineer) licensure exam by working under the owner of the firm, a licensed P.E. Or so I thought…

Which is where I came to my current predicament. Since I took and passed my F.E. (Fundamentals of Engineering) exam in the State of Alabama, it made sense to apply for the P.E. exam in the same state as well. Plus, the majority of the projects that worked on took place in the state as well. The state board requires a minimum of four years, or 48 months, of employment supervised under a licensed-P.E. in the state of Alabama (my mentor  is a licensed-P.E. in the state of Alabama!) After completing the application and attaining the necessary references the board asked for, I figured the application process was complete and it was only a matter of time before my application was approved and I could sit for the exam.

A few weeks after turning in the application, I received a letter in the mail requesting my presence and that of the owner’s, my mentor, to meet with the Alabama State Board of Engineers and Land Surveyors in Montgomery, Al concerning the validity of my work experience. So my mentor and I made the two and half hour trek to the state’s capital to discuss the circumstances surrounding my employment with the firm.

And from my most honest and humble opinion, it was a complete comedy show!

The Board, which consisted primarily of middle aged to older all white-Caucasoid (again, I’m keeping it simple today) males  and a few white-Caucasoid females, basically denounced my work experience and ridiculed the my mentor’s work practices of allowing me to work from home, claiming them to be insufficient and unsound for proper development of a future licensed P.E. They said that the customary method of working in an office/field setting within a 9 to 5 time frame should have been the standard practice for training a future professional engineer licensee. They even claimed that such practice was stated within their board code book as such.

Upon reviewing the code book after the end of the meeting, it never mentioned anything of that sort; from the way the code book was worded,  the verification of the work experience is left up to the interpretation of the Board. And the common belief was that the Board overall did not agree with the “working from home” scenario. Despite the fact that  I kept working, designing plans from home and taking site visits when available, AND still kept in constant contact with the principal engineer (MY MENTOR) on a regular basis concerning the projects I worked on, potential projects, and practical engineering guidance.

“So what’s the problem?” I asked myself. “What their deal?”

Less than 24 hours, after collecting my thoughts and my emotions, I sent a email to the Board’s Executive Director, who was in attendance, expressing my disapproval of the Board’s stance on my work experience. I explained that due to the advent of modern technology, it was possible that I could effectively hone my skills as an engineer with the current setup of working from home, just as I would have commuting daily to an office doing the same job. It was the least I could do; I wasn’t going to let them have the last word without them knowing my position on the matter.

Afterwards all I could do was await for their final decision. And so I did.

I received another letter in the mail a week notifying that I was denied the opportunity to seat for the exam, only being credited for 30 months of work experience. Basically the first two and a half years. It was as if the work I completed after those first thirty months did not exist!

Ho-hum, so I need 18 more months so I can just sit for the exam. My initial thought process:

Well, I can just leave the only place I have worked and get those 18 months I need from somewhere else. No biggie! I’m not sure when the firm will produce enough work to warrant the preferred method of work the Board was asking for. I gotta do what I have to do for myself. Right?

Then I thought about the situation more thoroughly. And it became more apparently clear.

Prior to the meeting I figured the Board would be mostly or all white because of the part country I inhabited, and I was right. I figured there would be some push back because of that simple fact, and again, I was right. Yet I fulfilled all the requirements of the application by initially verifying I had worked under a licensed P.E. for actually more than four years, as well as providing the mandatory references, by which at least  three of those references had to have P.E. licensure who knew me and my work. From my perspective, that should have been enough. But it wasn’t.

Was it racism? More than likely. But that’s an unproductive mindset in this construct (Matrix!), and in my case and those who look like me, it should be expected at this point. That’s the cold, hard reality  when trying to simply survive and make a living in this white-Caucasoid dominated, European-minded, parasitic capitalistic  system.

I looked a little deeper. The firm I worked for was Black-owned, and all of the references I provided were Black. And I came to this conclusion…

I could not be validated!

Although I graduated from a P.W.I. (predominately white institution) university and damn good one, my experience, my tutelage could not be validated. Black, no matter the profession or craft, cannot be validated under a system that perpetuates the ideology of white supremacy. For instance, Black physicians are considered an oxymoron! I have heard it from our own mouths about the overall lack of distrust we have for physicians who look like us! Brainwashing at its finest, ladies and gentlemen.

But why is that necessary? WHY??

I thought I did enough by attending a P.W.I. school. But it wasn’t. I have to further my indoctrination by working for an P.W.I. company as well. Or stay connected with white just to gain practically cookie crumbs in a system that already places a cap on the potential on any man that is non-white! Especially a Black man! And again, no matter the profession or craft. OR the amount of money that is being offered in said profession or craft.

For those of us who are ignorant to this or refuse to accept this reality, still attached to any organized religion and wishing to stay dependent on others, the term “doing what you gotta do” is definitely the motto to live by. And JUST NOW at this very moment, I fully grasp why the majority of our people do so. When you’ve become accustomed to that certain way of thinking and living, the way the Matrix has taught us to think and live, for so long and you benefit from it in some capacity, it’s damn near impossible to break away from it.

But what about those who see through the bullshit, like myself? The initiated,  I would say,  who wish to reach their full, limitless potential without being placed in a box? Just to appease the insecurities of another man whose potential as a whole may not be as limitless because of obvious reasons (i.e. melanin)?

When I was a child, I dreamed of being a civil engineer. Now as I man, I dream of being the BEST ME IN ALL FACETS OF MY EXISTENCE. How will I do that in this environment?

What is my next move, fam?