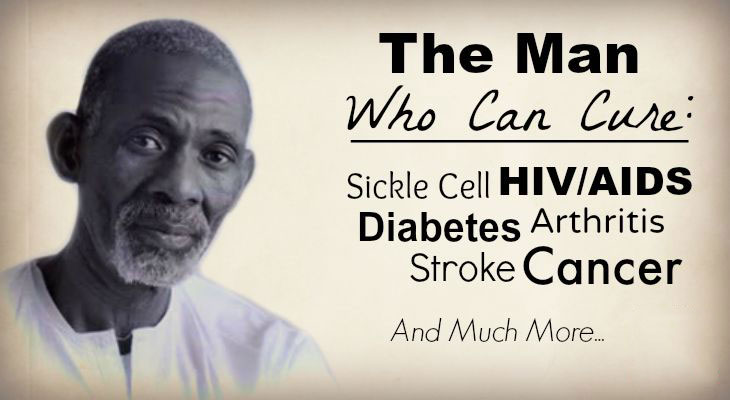 “Dr. Sebi is classified as a healer, pathologist, herbalist, biochemist, and naturalist. Sebi was born Alfredo Bowman on November 26, 1933 in the village of Llanga in Honduras. He had no formal schooling. He was taught by his grandmother in his through his childhood. Sebi came to the USA as a self-educated man who was diagnosed with asthma, diabetes, impotency, and obesity. After many unsuccessful treatments with conventional Western-taught doctors, Sebi was led to a herbalist in Mexico. Gaining healing from aliments listed above, he began creating natural vegetation cell food compounds geared for intercellular cleansing and the revitalization of all the cells that make up the human body.

In 1988, he took on the New York Attorney General in a Supreme Court case where he was sued for false advertisement and practice without a license after placing ads in newspapers, such as the New York Post, where he announced:

“AIDS has been cured by the USHA Research Institute, and we specialize in cures for Sickle Cell, Lupus, Blindness, Herpes, Cancer, and others.”

Before the trial, Sebi had to provide one witness per dis-ease he had claimed to cure to court. Instead, he brought 77 witnesses to court and the judge had no choice but to declare him NOT GUILTY on all accounts, proving that he did in fact have the cure to all dis-eases mentioned in the papers.

According to Sebi, there is only one culprit for all DIS-EASES, which is MUCUS. Mucus buildup is the result of our starch and blood consumption (MEAT), which can be cleared primarily through fasting, bio mineral alkaline rich foods and herbs, which you can find on his website. ”

Take a look at his website to fully understand his philosophy:

One thought on “Did you know?: The man who cured AIDS, etc.”