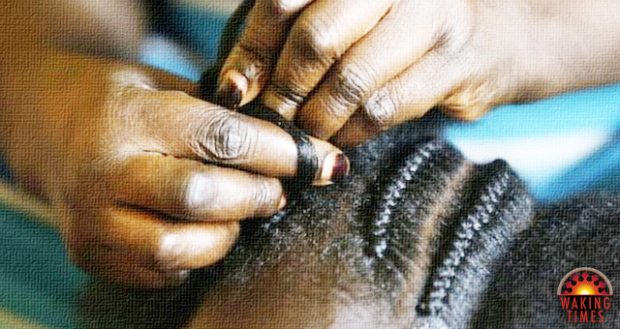 We live in a time when big government is such an ingrained part of our lives that it’s difficult for most people to comprehend what freedom even is. Bureaucracy has inserted itself into pretty much every nook and cranny of our lives, and today’s generations find it absolutely normal to pay taxes and fees for every little experience we have.

The spider web of government control can is seen in the system of state privileges we know as regulations, licenses and permits. Our lives must conform to these rules under penalty of law, which is always backed up by state violence. It wasn’t always this way.

“We will need writers who can remember freedom. Poets, visionaries—the realists of a larger reality.”

This is too true, for nowadays, even small and relatively insignificant moments of human interaction are supervised by big brother and the nanny state. Case in point, the centuries old tradition and skill of African hair braiding, which now an officially state-sanctioned activity for anyone seeking to offer their expertise in this area to someone who is willing to pay for this service.

Recently, a U.S District Court Judge in Missouri ruled that in order to offer this service to other human beings you must be a licensed cosmetologist.

To be a licensed cosmetologist in Missouri you must complete 1500 hours of costly training, in which you learn absolutely nothing about African style hair braiding, a technique which uses no chemicals and is of zero risk to the stylist or to the customer.

“In other words, the licensing requirement is an arbitrary and unnecessary obstacle that prevents would-be African-style hair-braiders from earning a living in a totally harmless occupation. By contrast, to become a licensed emergency medical technician in Missouri, a job that legitimately impacts public health and safety, it requires just 100 hours of education.” [Source]

Essentially saying that this rule makes reasonable sense by simple virtue of the fact that it already is a government regulation, Judge John M. Bodenhausen issued an opinion on this important matter:

““This case,” Judge Bodenhausen declared, “illustrates the great deference that federal courts must show to government regulations under the rational basis standard.”

The rational-basis standard, also known as the rational-basis test, has its origins in the great vogue for judicial deference that swept the courts during the Progressive and New Deal periods. … So long as “the laws passed are seen to have a reasonable relation to a proper legislative purpose,” [the test said] the courts should defer to that regulation and assume that “the requirements of due process are satisfied.” Put differently, if lawmakers and government lawyers claim to have a “rational basis” for the regulation, the courts are supposed to whip out the rubber stamp.” [Source]

People, especially statists and those suffering from stockholm syndrome, love to advocate for paying taxes, yet most people have almost no idea how much of their income goes to support government and its ever-growing bureaucracy. In addition to the obvious taxes such as the income tax (which is arguably unconstitutional, and conveniently garnished from our wages before we receive paychecks), state income tax, and sales taxes, there are literally dozens, if not hundreds of licensing schemes, required permits, entrance fees and so on that serve the same purpose as a tax.

This does not even mention the greatest tax of all, the invisible inflation tax‘ which continuously erodes the value of any money we have, thus undermining the value of our labor.

Why should someone be required by law to attend hundreds of hours of school and pay for a certification and license to earn a living doing something as simple and natural as braiding hair?

This type of thing will only get worse as we move headlong into a cashless society, where individuals have no means of transacting with one another without involving the government and third party agencies. Who among us will be around to remember the days of true freedom?

10 thoughts on “a repost: Big Government – The Reason You Need a License to Braid Hair”