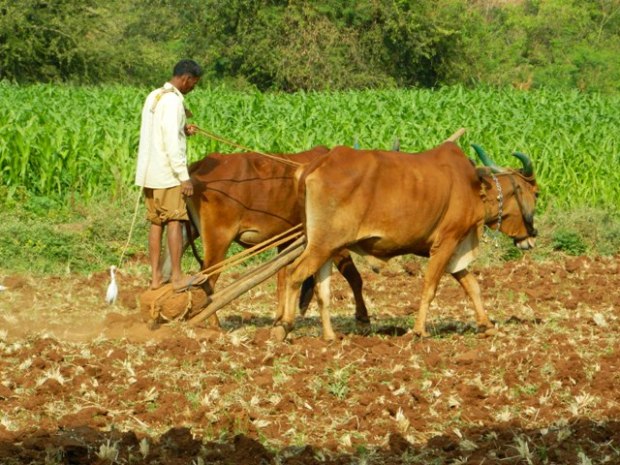 I got a dandy one for you today.

Domesticate (verb)–to convert (animals, plants, etc.) to domestic uses (under a household, dome), tame (an animal) and keep it as a pet or for farm produce, cultivate (a plant) for food.

wild (adj.)– (of an animal or plant) living or growing in the natural environment; not domesticated or cultivated.

Excerpt from Evolution, consequences and future of plant and animal domestication

The question “why farm?” strikes most of us modern humans as silly. Of course it is better to grow wheat and cows than to forage for roots and snails. But in reality, that perspective is flawed by hindsight. Food production could not possibly have arisen through a conscious decision, because the world’s first farmers had around them no model of farming to observe, hence they could not have known that there was a goal of domestication to strive for, and could not have guessed the consequences that domestication would bring for them. If they had actually foreseen the consequences, they would surely have outlawed the first steps towards domestication, because the archaeological and ethnographic record throughout the world shows that the transition from hunting and gathering to farming eventually resulted in more work, lower adult stature, worse nutritional condition and heavier disease burdens10, 11. The only peoples who could make a conscious choice about becoming farmers were hunter–gatherers living adjacent to the first farming communities, and they generally disliked what they saw and rejected farming, for the good reasons just mentioned and others.

Instead, the origins of domestication involved unforeseen consequences of two sets of changes — changes in plants and animals, and changes in human behaviour. As initially recognized by Darwin12, and elaborated by Rindos13, many of the differences between domestic plants and their wild ancestors evolved as consequences of wild plants being selected, gathered and brought back to camp by hunter–gatherers, while the roots of animal domestication included the ubiquitous tendency of all peoples to try to tame or manage wild animals (including such unlikely candidates as ospreys, hyenas and grizzly bears). Although humans had been manipulating wild plants and animals for a long time, hunter–gatherer behaviour began to change at the end of the Pleistocene because of increasingly unpredictable climate, decreases in big-game species that were hunters’ first-choice prey, and increasing human occupation of available habitats14, 15.

I remember learning about man’s transition from hunter-gatherer to agriculture. What was never talked about was how and why that transition took place. No one never talks about what food actually does to you on a metaphysical level, the cellular level, the level you can’t see with your naked eye. So far I have talked about the benefits of eating fresh  fruits and vegetables, removing  animal flesh and white salt and sugar from diet, admonishing everything that is artificial. What if the fresh foods we partake are effecting us consciously and subconsciously without even realizing?

As I mentioned before, the natural foods that we eat should contain light/life. Slightly cooked or steamed, preferably eaten raw. In essence, our bodies are condensed light, and light partakes of light. Sounds simple. But that light can be altered. It can be manipulated. When you take a species from its natural habitat, from an uninhabited Mother Nature, you began to change its genetic makeup. We know that it’s true with domesticated animals such as dogs, cats, guinea pigs, fish in a aquarium, etc. The same can be applied to wild animals in the zoo, and man-made wild safaris. They are more docile, tamed. They’re lifespans decrease as well. Whose to say the same can’t be said for the , fruits and vegetables that we eat?

Before agriculture took place, those plants/vegetation were wild as well.  They were in their natural state. But in this day and age, you’d be hard pressed to find any plants/vegetation we consume as such. And as I’ve touched on in previous posts, consuming domestic food ultimately creates a domesticated man.  Even if you have your own garden, growing you own food, you’re not getting the full benefit of your crops because of what you have to do to cultivate it.

So how are melanin-dominant individuals (Blacks for the uninitiated) suppose to liberate themselves when the consumption is tamed? From the food (which makes us look like fools) to the entertainment?

“But we have to eat, stupid!  Without agriculture, we couldn’t supply the world population!”

Well some of you are already hip to the esoteric fact that our melanin-dominant ancestors, well over 50,000 years ago when they were actually dominant on this planet, were able sustain themselves with little to no food consumption.What they is true…only the strong will survive.

There is  evidence that shows a correlation in the time period, between 10,000-12,000 years ago when man began to adhere to a agricultural lifestyle, brain size began to shrink in relation to our ancient ancestors who ate untamed food.

“Brain size doesn’t mean squat. I’m pretty sure that we’re still smarter than our ancient ancestors with all our current technology.”

Not quite. Our melanin-dominant ancestors had practically none of the technological gadgets that resemble anything from today, yet they were intelligent enough to create  calculus and physics, astrology and astronomy, cosmology and cosmogony, medicine, etc. They created the foundation of all this so-called modern technology that just popped out of nowhere over the last 80-90 years.

You can’t do all of that on a mind that is domesticated and trained.

So for the last 400-500 years have our people been actually fighting for true liberation? In every facet imaginable, physically and spiritually?

Or are we fighting for acceptance in this game called “The Matrix”,which is an illusion?

Orrrr…..do we even know what we actually need to fight for? Do we understand our true history?

According Chancellor Williams in The Destruction of Black Civilization, he dates the decline of melanin-dominant people rule on this earth around the same time agriculture comes on the scene. Is that a coincidence?

The question that I need answering is  did our melanin-dominant ancestors inadvertently create their own demise with agriculture, or was this concoction introduced by a group of melanin-recessive individuals (Caucasians, Europeans for the uninitiated) who have the least spiritual connection to this planet?

My logic wants to go with the latter, but I’m still researching. It wouldn’t bother me one bit if it was the former, or a little bit of both.

I only seek the truth, even if it hurts like hell.

Follow Expressions from The Melanin Man on WordPress.com
Join 305 other followers